A Chronological Bibliography
of
Books designed and illustrated
by
John Coulthart

Interviews with John by yours truly

I haven't seen the TV series that Clive Barker's A-Z of Horror book is based on and going by his website you're much better off reading the book instead of seeing the TV version.
Using arbitariraly chosen words starting with each letter of the alphabet the topics covered are:

For me the most interesting chapter is the penultimate one covering both Alan Moore's From Hell and David Britton' s Lord Horror.
"I believe that history is one subject that responds well to a comic book treatment" is a quote from Alan about From Hell. It is relatively easy to find marterial about From Hell elsewhere but for me the great revelation is information about the much harder to obtain Lord Horror.
David Britton's Lord Horror is described as a revisionist account of the rise of Nazism as seen through the eyes of a madman. Originally a novel it was later adapted by Savoy Books into Lord Horror and Hard Core Horror comics by artist Kris Guido and then John Coulthart. It shows us the glamour of violence and is losely based on the career of William Joyce a British born Nazi propagandist of the second world war who was nicknamed Lord Haw Haw. The fictional version is a Byronic character or a metropolitan Hamlet mixed up of parts of Sweeney Todd, Jack the Ripper, Count Dracula and Nosferatu. There are a couple of cover artworks and two very good illustrations by John Coulthart from Lord Horror shown. One shows silhouettes of Lord Horror disposing of two would be attackers and another of him arm in arm with British actress Jessie Matthews both showing why he is according to Kris Guido "... a hairdresser's nightmare - you couldn't look like that and not be a romantic to some extent".
John Coulthart's Lord Horror work is set to be reprinted in book form sometime next year which should make it much more accesible to the public than it now is.

Lou Reed and John Cale the two most important members of the Velvet Underground each have a new album coming out shortly. By a strange coincidence John Cale's comes out on the same day as my big sisters 50th birthday while Lou Reed's comes out the day before my 45th birthday

We have all but the first of this series of books in the library where I work. I was surprised by how many of the movies I'd actually seen (apart from a few foreign language films) and also by how easily I recognized still pictures even from movies I hadn't seen. About a dozen pictures accompany each movie and also a good plot description and why each movie is so important. Essential for any film buff as a reference source and to see which movies they still have to see.

Splendid news for boys and girls, and guaranteed salvation for humanity! Messrs. Steve and Alan Moore, current proprietors of the celebrated Moon & Serpent Grand Egyptian Theatre of Marvels (sorcery by appointment since circa 150 AD) are presently engaged in producing a clear and practical grimoire of the occult sciences that offers endless necromantic fun for all the family. Exquisitely illuminated by a host of adepts including Kevin O'Neill, Melinda Gebbie, John Coulthart, José Villarrubia and other stellar talents (to be named shortly), this marvelous and unprecedented tome promises to provide all that the reader could conceivably need in order to commence a fulfilling new career as a diabolist.

Its contents include profusely illustrated instructional essays upon this ancient sect's theories of magic, notably the key dissertation "Adventures in Thinking" which gives reliable advice as to how entry into the world of magic may be readily achieved. Further to this, a number of "Rainy Day" activity pages present lively and entertaining things-to-do once the magical state has been attained, including such popular pastimes as divination, etheric travel and the conjuring of a colourful multitude of sprits, deities, dead people and infernal entities from the pit, all of whom are sure to become your new best friends.

Also contained within this extravagant compendium of thaumaturgic lore is a history of magic from the last ice-age to the present day, told in a series of easy-to-absorb pictorial biographies of fifty great enchanters and complemented by a variety of picture stories depicting events ranging from the Paleolithic origins of art, magic, language and consciousness to the rib-tickling comedy exploits of Moon & Serpent founder Alexander the False Prophet ("He's fun, he's fake, he's got a talking snake!").

In addition to these manifold delights, the adventurous reader will also discover a series of helpful travel guides to mind-wrenching alien dimensions that are within comfortable walking distance, as well as profiles of the many quaint local inhabitants that one might bump into at these exotic resorts. A full range of entertainments will be provided, encompassing such diverse novelties and pursuits as a lavishly decorated decadent pulp tale of occult adventure recounted in the serial form, a full set of this sinister and deathless cult's never-before-seen Tarot cards, a fold-out Kabalistic board game in which the first player to achieve enlightenment wins providing he or she doesn't make a big deal about it, and even a pop-up Theatre of Marvels that serves as both a Renaissance memory theatre and a handy portable shrine for today's multi-tasking magician on the move.

Completing this almost unimaginable treasure-trove are a matching pair of lengthy theses revealing the ultimate meaning of both the Moon and the Serpent in a manner that makes transparent the much obscured secret of magic, happiness, sex, creativity and the known Universe, while at the same time explaining why these lunar and ophidian symbols feature so prominently in the order's peculiar name. (Manufacturer's disclaimer: this edition does not, however, reveal why the titular cabal of magicians consider themselves to be either grand or Egyptian. Let the buyer beware.)

A colossal and audacious publishing triumph of three hundred and twenty pages, beautifully produced in the finest tradition of educational literature for young people, The Moon and Serpent Bumper Book of Magic will transform your lives, your reality, and any spare lead that you happen to have laying around into the purest and most radiant gold.

A 320-Page Super-Deluxe Hardcover, co-written by Alan Moore and Steve Moore, and illustrated by various luminaries from the comic book field.

Alan asked for something that looked a bit like an old children’s annual, since that’s the direction the contents are taking. Fun and inviting not gothic and scary like much modern occultism. You can’t see at small size but the border design is made of tiny moons and serpents. The boy was based on an old magazine illustration; Alan had also asked for some sort of period figure as the focus.

Stars can be pentagrams, of course. And they happen to be a feature of anything to do with stage conjuring and what people today think of magic. Most people don’t realise that playing cards are derived from Tarot cards and the stage magician’s wand has a far older significance. A circle with a dot in the centre is the occult symbol for the sun, which was one reason for choosing the font. - John Coulthart

... was a good year for both Lou Reed and Roger Waters. Lou came out with what has been described as the most depressing rock album ever produced and Roger penned most of the songs on the longest charting rock album of all time. 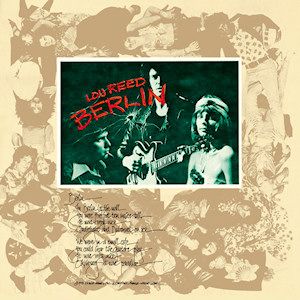 Now over 30 years later both of them are touring live version of the entire albums here in Sydney. Unfortunately I missed out on Lou tickets and good seats for the Roger ones were too expensive not to mention that the venue is so big it would be like attending one of Hitler's Nuremberg Rallies so I've missed out in both cases. I did get to see both of them perform last time they were in Sydney though. .Shame I didn't wake up early enough this week to win a double pass to one of Lou's 3 concerts on a radio show where you had to guess the title of the song given lyrics such as

Standing on the corner
Suitcase in my hand
which I would have gotten from just the first four words alone.
The review of the first Lou concert made the front page of the Sydney Morning Herald yesterday along with a nice photo. Not surprising given that it was the world premiere of the staged version of the album. Tickets for the concerts were the hotttest thing at the Festival of Sydney. I hadn't realized there were so many Lou fans here in Australia. 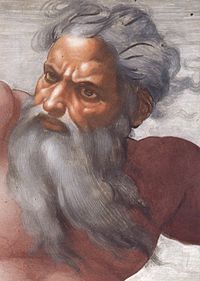 "The kingdom of God is within you" - JC

"we're on a mission from God" - Elwood Blues

"God grant me the serenity to accept the things I cannot change, the courage to change the things I can, and the wisdom to know the difference"- quoted by Kurt Vonnegut in one of his books

"God sometimes you just don't come through. Do you need a woman to look after you?" - Tori Amos

"Our God is bigger than your God" - Eric Idle

There are millions of other life forms on this planet besides human.
I like to think of God as the conglomeration of everything that is alive in the entire universe so that each one of use could say "I am God" in the same sense that a single drop of water could think "I am the ocean". The universe and outer space consists mostly of empty space and following the maxim
"As above, so below"
on a subatomic level all these things that look so solid to us are mostly composed of empty space too.

Maybe if I read Richard Dawkins latest book it might convert me to atheism.

I wonder how many people can guess where this quote comes from when taken out of context?

matter is energy; in the Universe there are many energy fields which we cannot normally perceive. Some energies have a spiritual source which act upon a person's soul. However, this soul does not exist *ab inito*, as orthodox Christianity teaches; it has to be brought into existence by a process of guided self-observation. However, this is rarely achieved owing to man's unique ability to be distracted from spiritual matters by everyday trivia.

John Clare spent the last twenty-odd years of his life in Northampton in the general lunatic asylum which had just been founded and of course Alan Moore is the kind of laureate of writing about Northampton. He lives in Northampton and there is a chapter about Clare in his book Voice of the Fire so when I wanted to finish the books I decided I'd have to go to this asylum and Alan Moore can be the guide to that part of the book. It turned out that he went to school over the wall from the asylum on the other side and he'd spent a lot of his time biking along the edges of the asylum, sneaking into the swimming pool, and he knew a lot of people who worked there and so I got Alan's side of the story which was very interesting.
- from this interview

Alans' contribution to the book runs to about 60 pages or so.

due out next month

More Moore at Glycon's Why I love the Master...